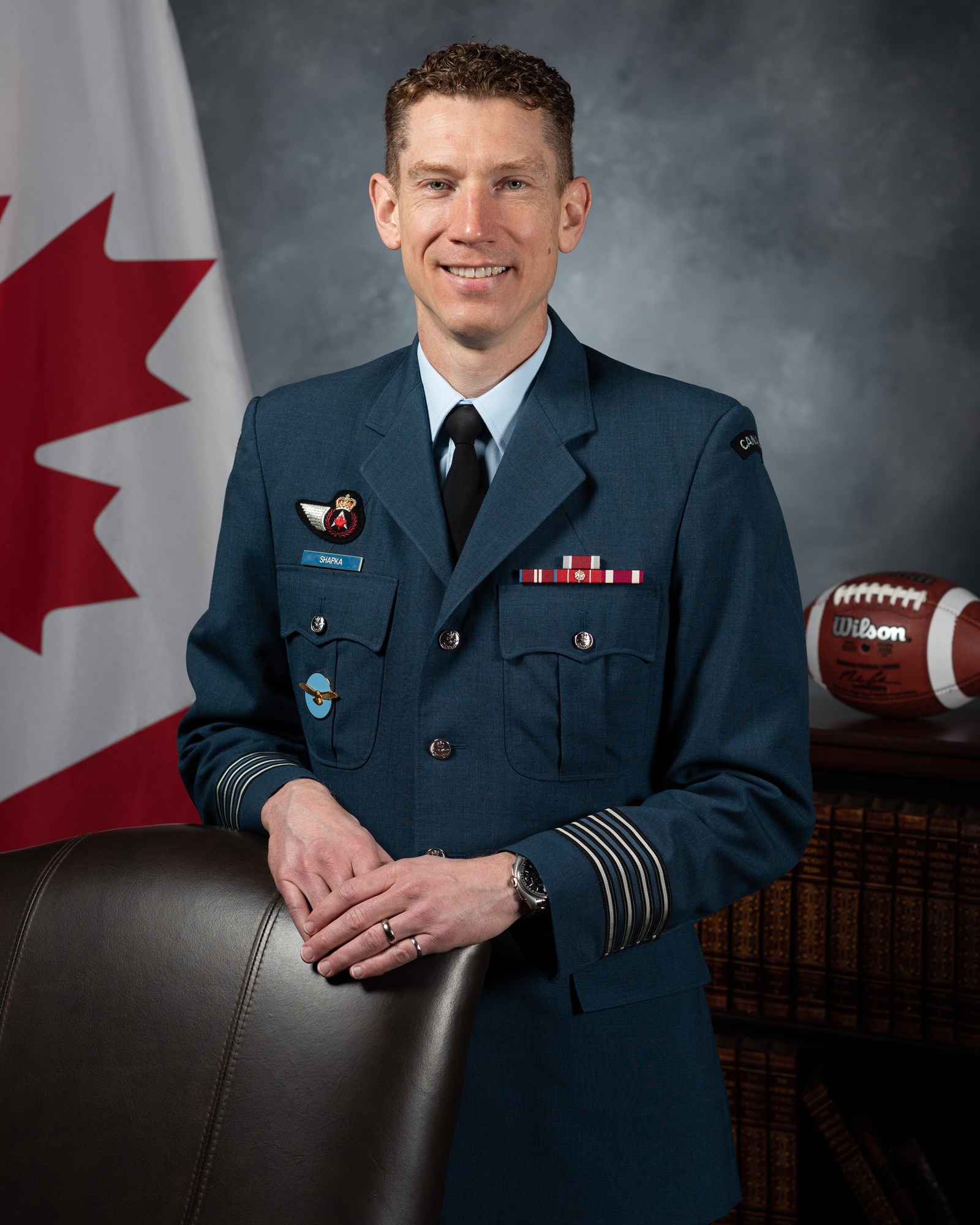 After graduating from the French Immersion Program at LTCHS in 1997, Chris Shapka completed an engineering degree at the Royal Military College of Canada (RMC) and subsequently qualified as an Aerospace Engineering Officer in the Royal Canadian Air Force (RCAF). His career highlights include Commanding Officer of 19 Air Maintenance Squadron from 2011-2013, and Commandant of the Canadian Forces School of Aerospace Technology and Engineering from 2015-2017, where he was responsible for the training of all RCAF Aircraft Technicians and Aerospace Engineering Officers. Upon promotion to the rank of Colonel in 2020, Chris became Chief of Staff of 1 Canadian Air Division, the RCAF’s operational headquarters. He was subsequently appointed Director A4 Maintenance, becoming responsible for all aspects of aircraft maintenance across the entire RCAF.

During his RCAF career, Chris had the opportunity to be attached to the Washington National Guard as a member of Joint Task Force Games, in support of the defence of the 2010 Vancouver Olympics. Additionally, in 2020 as a member of Operation Reassurance, he deployed to the 609th Air Operations Center at Al Udeid Air Base in Qatar, where he was employed as a Chief of Combat Operations and was responsible overseeing daily coalition air operations in the region. During this deployment, he was also charged with representing Canadian interests as the Senior National Representative.

Sports have always been an important part of Chris’ life. In high school, he was a member of the LTCHS basketball and football teams. During his four years at RMC, he was a member of the men’s varsity soccer team. Given his passion for football, Chris began officiating youth football in 2002, working his way up the amateur ranks throughout a number of military postings. In 2014, he was invited to join the Canadian Football League (CFL), where he officiated his first professional football game at Mosaic Stadium in Saskatchewan. Chris was a member of the officiating crews for the 105th Grey Cup in Ottawa and the 107th Grey Cup in Calgary. In 2019 Chris accomplished the milestone of officiating his one-hundredth CFL game.

Chris has a Bachelor’s of Mechanical Engineering and a Master’s of Defence Studies from the Royal Military College of Canada, and a Master’s of Arts from Royal Roads University. He is also a graduate of the Canadian Forces College Joint Command and Staff Program. His decorations include the Canadian Decoration with bar, the Queen’s Diamond Jubilee Medal, and the United States Air Force Meritorious Service Medal.