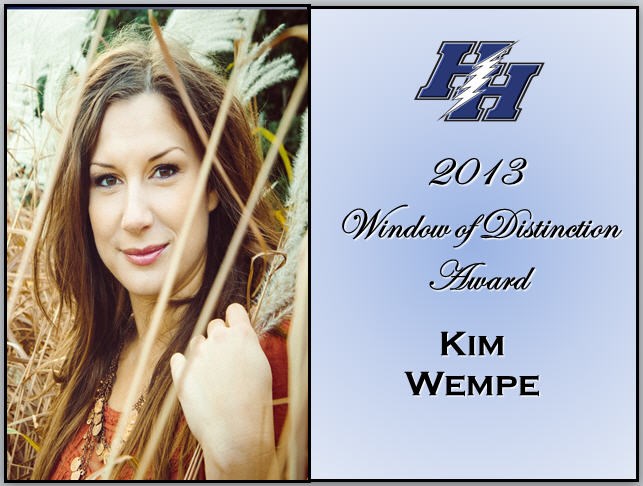 A powerful performer with smoky vocals and an undeniable stage presence, Kim Wempe has been tearing up highways and stomping her way across every stage in the country for the past four years. She won an East Coast Music Award in 2010 for Rising Star of the Year, and received three award nominations in 2011. Touring consistently in Canada, Wempe has performed alongside Canadian favourites Joel Plaskett, Royal Wood, Jill Barber, David Myles, Rose Cousins, Jenn Grant, Matt Andersen, and more. She has showcased at JUNO Fest, the Vancouver Olympics, Canadian Music Week and festivals across the East Coast. Undaunted by industry expectations and challenges, Wempe has taken a big, bold leap into a whole new sound for her third album, ‘Coalition’, coming out this September.

Born in a small Saskatchewan farming town, Wempe moved to Alberta at the age of 15. In the 8 years Wempe lived in Alberta, she started performing, continued writing songs, and attended the Red Deer College Music Diploma Program. In 2007, Wempe hesitantly packed her bags for her move to Nova Scotia to attend St. Francis Xavier University and continue her music education with a Vocal Jazz Degree. She had been hoping to get into Humber College in Toronto, but to her surprise, Wempe found her musical home in Nova Scotia and dove full force into the east coast music scene.

Off the strength of her 2009 East Coast Music Award and Music Nova Scotia award-winning debut album “Where I Need To Be,” Wempe caught the attention of Joel Plaskett, Old Man Luedecke, and Geoff Hilhorst of Deep Dark Woods – all of whom appear on her subsequent release “Painting With Tides.” With producer Charles Austin at the helm, it was released in 2010 on Ground Swell Music and Warner Canada, and was nominated for an East Coast Music Award and two Music Nova Scotia Awards.

Her new album “Coalition," produced by Newfoundland soul artist Chris Kirby, showcases Wempe’s powerful vocals like never before. The album release will take her on the road across Canada and the U.S in Fall 2013, and to Australia for her first international tour in Winter 2013.

Despite Wempe's accomplishments over the years, nothing came easily or without hard work. Each accomplishment resulted from previously laid stepping stones: entering talent shows at Hunting Hills High School, playing open mics at the Vat in Red Deer, learning a new perspective on music and performance at Red Deer College. Without Red Deer College, Wempe would have never transferred to St. Francis Xavier University in Nova Scotia, and without that move, she would not be where she is today.