The DELF is recognized in 175 countries and is offered by 1200 accredited centres throughout the world, including, 37 in Canada.  As an official certification of second-language proficiency, the DELF tests the ability of students to use French in real-life situations.  This framework has become accepted as a way of benchmarking language ability all over the world.  DELF A1 is typically Grade 5, A2 is typically Grade 8, B1 is typically end of Grade 9 or beginning of Grade 10, B2 is typically end of Grade 12. Red Deer Public School Division supports DELF testing at all levels, beginning in 2013. 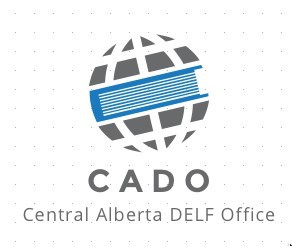 DELF is a set of official French Proficiency tests. These tests provide international recognition of French proficiency and life-long certification.  As well, these tests help our schools examine their programming and continue to improve upon it.

This is an evaluation of language competency for second-language speakers, based on the Common European Framework of Reference for Languages.  This is an internationally recognized, standardized assessment of language proficiency.  It involves language specific diplomas that assess the four areas of communication:  oral production, written production, listening comprehension and written comprehension. Students receive a diploma upon successful completion of each level.

DELF has now become accepted as a way of benchmarking language ability all over the world.  These tests are currently being administered in Ontario and in some of the Atlantic Provinces and will soon become the standard in Alberta and B.C.  Currently Chinook’s Edge, Red Deer Catholic, Calgary Public, Edmonton Public and Grande Prairie are implementing some of these tests with their French Immersion students.

French Immersion students from Lindsay Thurber Comprehensive High School and Hunting Hill High School were awarded DELF certificates by the French Ministry for National Education. DELF is an internationally recognized examination of the French language proficiency of students whose mother tongue is not French.